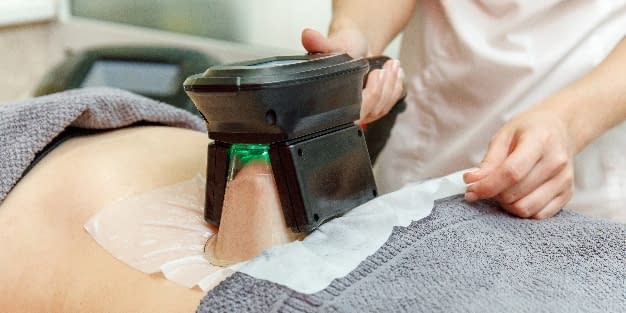 If you thought your days of looking fat-free and contoured were gone, and all your workouts at the gym weren’t paying off, it can get depressing. You try to follow healthy lifestyle habits, but certain areas of your body are simply non-responsive to diet and exercise. If you are frustrated by those stubborn fat pockets, don’t feel you are alone. Millions of Americans are disturbed and bothered by those extra 5-10 pounds that just won’t go away.

After the holidays and binge eating is over, take advantage of a procedure that helps men and women achieve a slimmer, more contoured body with just a short, in-office appointment. Of course, you can also take advantage of this procedure before the holidays to impress long-lost friends and family! You will still be able to eat those delicious holiday full-if-sugar-treats, but don’t go crazy and binge.

Check with Nuance Aesthetics at your next Botox treatment in Salt Lake City or if you are interested in reducing unwanted fat pockets, as them about CoolSculpting, a safe and non-invasive way to get rid of unwanted fat.

What is this Miracle?

Research claims that cryolipolysis was invented almost accidentally. In 1970 a study in the New England Journal of Medicine wrote that the fat cells in the cheeks of children who sucked on frozen popsicles died. Great medical discovery! (If you have ever sucked on a popsicle, you could probably tell that something was going on with your cheeks). Doctors capitalized on this discovery and created a machine that could freeze off fat. Cryolipolysis was born.

The FDA first approved CoolSculpting in 2010, but only for reducing fat for love handles or fat in the flank region. Since them, the FDA has given clearance for an additional seven areas. You can thank overwhelming positive test results in clinical trials, and the frozen cheeks of little children, for these approvals.

Cryolipolysis is now called Coolsculpting and is a procedure that helps men and women achieve a more contoured physique and a slimmer body. CoolSculpting is a noninvasive treatment that is safe and effective. The procedure uses controlled freezing technology to get rid of unwanted fat cells for good. Treatments are safe, and you will have no downtime after the procedure.

Just recently and thanks to the latest advancement in CoolSculpting technology, there is a specialized CoolMini applicator that is FDA cleared to target fat pockets under the chin. You no longer need to investigate Botox treatment in Salt Lake City for chin fat.

CoolSculpting brings on visible results in just several weeks after your treatment.  Continued improvement is seen over two months as your body flushes out dead fat cells. You may need two to four more CoolSculpting treatments to gain an optimal outcome, but the time is worth it.

Clinical studies have shown CoolSculpting’s popularity as a fat removal procedure is skyrocketing, and researchers have found that cryolipolysis (CoolSculpting) reduced-fat in treated layers by up to 25%. The results were being felt six months after the treatment.

The cryolipolysis device freezes fat cells, and these frozen, dead fat cells are excreted out of your body through the liver within several weeks of treatment. You will see the full results of your fat loss treatment within three months.

CoolSculpting is a great way to get rid of those pockets of unwanted fat that won’t reduce even with exercise and diet. However, CoolSculping is not for everyone. It is not advertised as a treatment for obesity. If you suffer from the following conditions, do not try CoolSculpting:

Most people do not have these conditions, but it is still a good idea to consult with the clinic before you undergo CoolSculpting procedures.

In addition to CoolSculpting and Botox treatments in Salt Lake City, Nuance Aesthetics offers many more non-invasive treatments to help you get the young, refreshed look you want.

What is MOXI treatment in Nuance Aesthetics salt lake city, UT
May 2, 2022

Juvederm And Restylane – Helping You Fill Up The Your Under Eye Hollows
January 6, 2022

What Causes Uneven Skin Tone and How to Get Rid of It
September 28, 2021